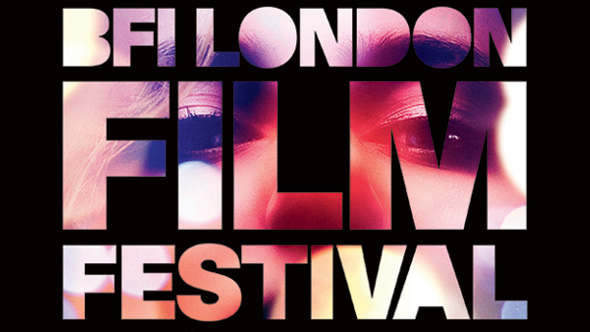 It’s around that time of year when the nights start closing in, the clocks go back and the London Film Festival rolls in town. As usual I’ve compiled a list of films that I’m most looking forward to seeing along with a few others that that I’d love to see if time and schedule conflicts allow. They’ll almost certainly be some others that will arrive from nowhere as ‘must sees’ so have tried to leave some room in my schedule for these as well.

I’ve already watched several of the titles at this years Festival earlier in the year at Cannes. These include the Coen Brothers’ brilliant Inside Llewyn Davis (highly recomended – in fact so good I went to a second screening of it), Robert Redford in JC Chandor’s near silent ‘lost at sea’ film All is Lost (recommended), Asgahar Farhadi’s follow up to A Separation The Past / Le Passé (recommended), Ozon’s Jeune et Jolie (worth a watch, although there’s no denying it’s slightly questionable subject matter will anger some), James Franco’s experimental split-screen adaptation of Fawlkner’s As I Lay Dying (approach with caution, choose the Thursday 10 October NFT1 screening with subtitles as most of the dialog is mumbled and unintelligible and brush up on the plot prior to watching), A Touch of Sin Jia Zhangke’s Cannes screenplay prizewinner (which some critics loved, I was less bowled over by it) and the dark Danish home invasion dry-humored Borgman (worth a watch if dark dry-humored slightly surreal, in a Buñuel way, Danish home invasion flicks are your bag).

Having already seen Inside Llewyn Davis which otherwise would have been very high on my list, these are the other Gala’s I’m most looking forward to. 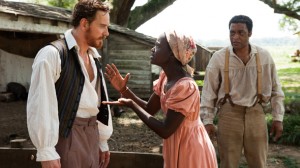 What so far seems like 2013’s critics’ favorite post it’s screenings at Telluride and TIFF, picking up the audience award at the latter. Steve McQueens latest is probably this years hottest ticket at LFF. 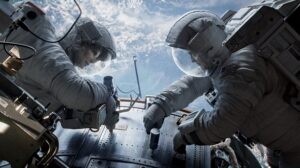 While Robert Redford is lost at sea in JC Chandor’s All is Lost (hidden much lower down the lineup, but still very much worth a watch) Sandra Bullock and George Clooney are lost in space in Alfonso Cuaron’s latest. Great reviews from TIFF make this another highly anticipated screening.

Blue is the Warmest Colour 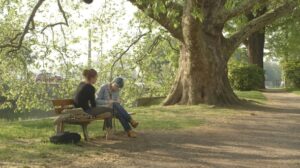 This years Palme D’or winner, recently back in the news due to a rather public spat between the actresses and director. Should make for an interesting Q&A at the Gala. 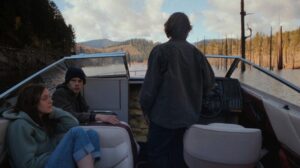 Having watched every one of Kelly Reichardt’s films at the LFF since Old Joy back in 2006, it’s fantastic to see her having now progressed to a main Gala slot with her new film (a namesake to one my favourite 1970’s neo-noirs). By all accounts well received at both at TIFF and Venice. 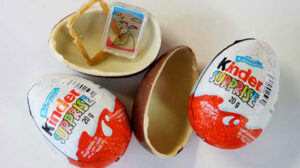 Always one one of the festival hottest tickets and unfortunately it comes with no guarantee of quality (Brighton Rock I’m looking at you). But there’s also nothing worse for the avid cinephile than finding out via the powers of Twitter that the hotly anticipated ommission from the programme was hiding under the banner of the Surprise film all along (No Country for Old Men, The Wrestler) and you didn’t get a ticket. My early guess would be a TIFF crowd pleaser like Spike Jonze’s Her screening at the NYFF a week or so before LFF could also fit the bill.

I will almost certianly try and catch the Tom Hanks festival opener Captain Phillips about Somali pirates at the press screening (one of my favourite smaller picks from last years festival was the Danish Somali pirate movie A Hijacking so would be interesting to compare the two). I also would also like to see Alexandra Pane’s Nebraska in order to make up my own mind on it having read lots of mixed reviews and I’d be interested to see if Lukas Moodysson has returned to form with We Are the Best the story of three girls forming a punk band in 1980’s Sweeden. 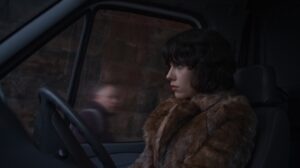 Really looking forward to Jonathan Glazer’s “existential kitchen-sink sci-fi” with Scarlett Johansson as a recently arrived Alien in Scotland. What’s not to love. 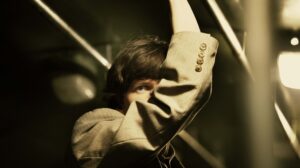 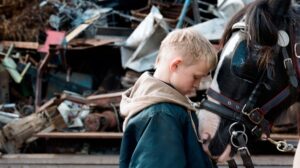 Clio Barnard’s adaptation of Oscar Wilde’s children’s story has had glowing reviews since it screened back in May as part of Directors Fortnight. Looks to be following the footsteps of Ken Loach’s Kes or Andrea Arnold’s Ratcatcher. 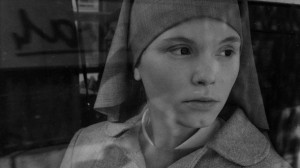 Pawel Pawlikowski’s latest is a black and white ‘exploration of faith and history’ according to the LFF synopsis. Which could mean the driest (I am sure there is a pun there involving a certain Danish director but I’ll refrain) 80mins spent in a cinema during October or something poetic and beautiful. I’m obviously hoping for the latter.

Also kind of fascinated to see Isabelle Huppert in Catherine Breillat’s Abuse of Weakness. Several people recommended Like Father, Like Son to me back in Cannes, so tempted to give it a try as well.

I’ve grouped together the following selection of films listed in the catalogue under ‘theme’ headings, as my small selection is fairly navigable without them, although I have broken out the documentaries and genre films. To be fair to the LFF it always seemed a bit odd to have a dedicated French section, but not one for say Asia or Latin America in the catalogue, so not sure any classification system is ever perfect and something will always end up being the odd shaped case on the DVD shelf.

I’ve already seen J.C. Chandor’s All is Lost which otherwise would be high on this list along with Asgahar Farhadi’s follow up to A Separation The Past. 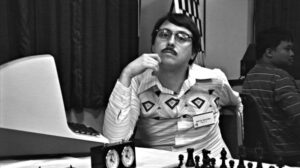 Been looking forward to this for a long time. Mumblecore’s Andrew Bujalski’s (Funny Ha Ha) pseudo-documentary on a 1970’s computer chess tournament. Filmed in grainy black and white on an vintage Sony AVC 3260 tube camera. 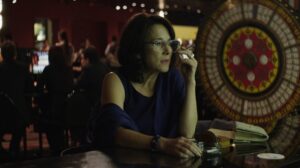 “The romantic (mis)adventures of glamorous, disco-loving fiftysomething Gloria provide the narrative energy of Sebastián Lelio’s award-winning comedy” sounds like it went down well with both critics and audiences in Berlin earlier this year where the lead actress Paulina Garcia won the Silver Bear for Best Actress. 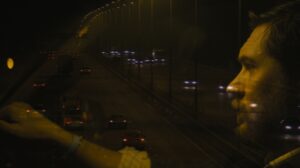 Tom Hardy, as structural engineer Ivan Locke, driving in a car from Wales to London sounds more like a radio play than a movie. But equally it sounds pretty fascinating and one of those film that is probably better watched on a big screen at a festival as opposed to a DVD or via VoD at home, where the temptation to get up and make a cup of tea half way though is probably too great. 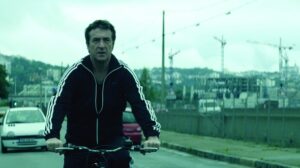 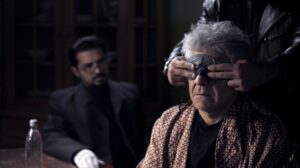 A “film about the attempt by the Iranian authorities to cover-up a past state crime” from dissident Iranian filmmaker Mohammad Rasoulof sounds both fascinating and risky (for the director not the audience). 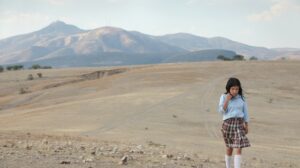 This film about Mexico’s brutal drug wars picked up the best director prize in Cannes, where it’s graphic and unpleasant scenes divided critics. 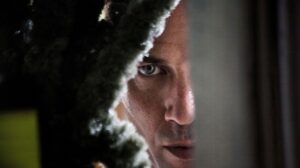 Winner of Critics week at this years Cannes film festival, about a Mafia hitman who takes a blind girl hostage.

Not screening at Midnight, but ‘Cult’ which is which is the heading under which the LFF filed most of these seems like an premature tag to label a film with before it has acquired that status and to simply label them ‘Genre’ seemed a bit too trade/industry jargon. Whatever they are the LFF have done a great job programming a selection of films that wouldn’t be out of place at Fantastic Fest or Sitges. 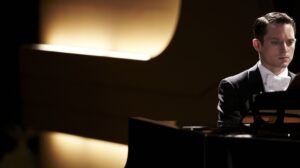 John Cusack and Elijah Wood in this stylish thriller that looks like it owes more than a nod to Brian De Palma and Dario Argento. 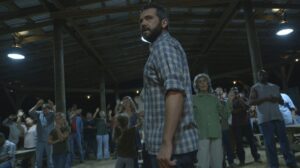 “Ti West brings his inimitable brand of smart, slow-burn terror to this story of two journalists visiting a mysterious religious commune.”. Guy Lodge in Variety writes “Ti West’s largely terrific sixth feature investigates unseemly goings-on at a rural Christian commune.” while the Hollywood Reporter warn “Not quite a horror movie, which might disappoint the purists, but nonetheless a bone-chilling genre piece about religious fanaticism taken to deadly extremes.” 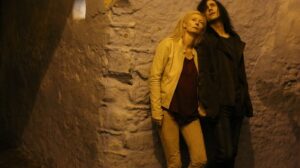 Helene Cattet and Bruno Forzani, who directed Amer back in 2009, have a new film The Strange Colour of Your Body’s Tears at this years fest that looks like another giallo-inspired exercise in style over substance. Reviews are mixed on this and I expect it largely depends on how much you want some plot in your movie. The Hollywood Reporter describe it as “A film as stylish as it is narratively labyrinthine” while Variety warn “This blood-spattered pseudo-Freudian nonsense is suitable only for the most avid giallo groupies”. Mmmm…haven’t made my mind up on this, sounds like it might be more at home in the ‘Experimenta’ strand of the festival, but if your gonna watch it, I expect the big screen is the the way to go. Also in the ‘Cult’ section is Why Don’t You Play in Hell? which looks like it could be a lot of fun for fans of all things genre. Screen called it “a classic cult title that will keep midnight movie fans entertained and amused” while Justin Chang in Variety is less impressed “Sion Sono trawls sub-Tarantino B-movie-pastiche territory with this tedious, over-the-top gorefest”. 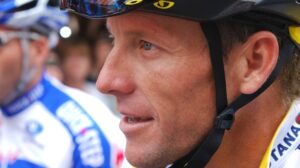 As the title suggests Alex Gibney’s (Taxi to the Dark Side, Enron) latest covers the Lance Armstrong doping scandal. 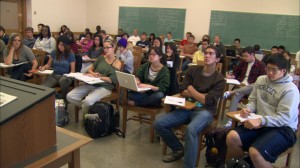 Frederick Wiseman brings his camera to the Berkeley University campus in this 4hr documentary. 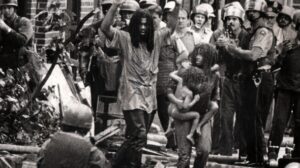 Other docs that look interesting include Cutie and the Boxer which shines a spotlight on the 40 year marriage of two New York artists. Manhunt about the real CIA operatives who tracked Osama Bin Laden; not sure how many times this story can be retold, it seems to have been done to death in both in fiction and documentary format, but this new documentary looks to be getting some good reviews. Matt Wolf’s “prehistory of the Teenager” Teenage looks like it could also be worth a watch (I really enjoyed his previous doc Wild Combination on the life and legacy of musician Arthur Russell). Finally, Roman Polanski’s 1971 documentary on his friend and Formula One champion Jackie Stewart ‘Weekend of a Champion‘ is one of two F1 themed documentries in the programme, the other being the concisely titled 1.

The Lady from Shanghai 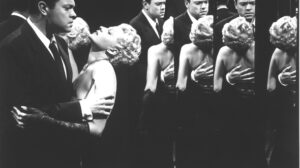 Manila in the Claws of Light 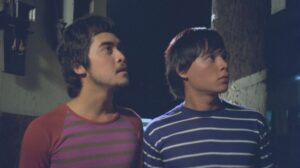 “Lino Brocka’s portrayal of a young labourer’s desperate search for his abducted girlfriend in the lower depths of Manila.”