All in all a slightly disappointing year it has to be said, especially in terms of the main competition. Whilst Berlin is never going to have the same pulling power and choice of films as Cannes, there were very few standouts films competing for the Golden Bear and of those that did shine, the best Linklater’s Boyhood had already been screened at Sundance.

That’s not to say it was a wasted trip, the Pannorama and Forum section seemed to be where the better films were hiding out, although once again many of these titles were European rather than World premieres.

The standout in the Competition for me was Richard Linklater’s Boyhood (A) which I absolutely adored and cannot wait to see again. It follows Mason, played by actor Ellar Coltrane growing up in Texas from age six to his eighteenth birthday, filmed over the space of 12 years while the actor himself was growing up. Ethan Hawke and Patricia Arquette, his co-stars, similarly age in real time over the course of the film. Go, if not run, to see it at the first opportunity you get.

Yann Demange’s 71 (B-) I think was best viewed as a kind of John Carpenter’esk ‘Escape from Belfast’. In that capacity it kept me on the edge of my seat, as for it’s social commentary I’m not sure it added anything we didn’t already know.

Even if it was at times like watching someone shooting fish in a barrel in terms of it’s lampooning of religious fundamentalism, I loved the dark humour in Kreuzweg (Stations of the Cross) (B-). Although later in the week someone suggested to me that it wasn’t meant to be humorous. If that was the case, I’m not sure what that says about either me or the film.

Grand Budapest Hotel (B-) was Wes Anderson, better than Moonrise Kingdom and once again amazing to look at, but for me very hard to love. I found myself simply watching a very pretty surface throughout, admittedly it was a very fine and pretty surface I was watching (with a fun caper plot beneath). But I want more than that from a film, even a Wes Anderson one. Then again maybe I have just worn thin to the charms of Wes Anderson.

I really enjoyed Nymphomaniac Vol. I (long version) (B) [update: unfortunately I didn’t get to see Volume 2 till I was back in London, which quickly brought my enthusiasm for the film as a whole crashing back down to earth].

The rest of the competition line up seemed to be comprised of at best, the sort of average to mediocre festival fare that is admired but soon forgotten, only to turn up on a tiny VOD release a year or two down the line or at worst films that made you question how they’d even been programmed into such a prestigious slot in the first place.

Standouts in the Panorama section for me were the excelent Norwegian drama Blind (B+) which I instantly wanted to rewatch and the Sundance hit Love is Strange (B+) about two elderly gay men who have to move out of their New York Apartment, in turn splitting them apart , which I can see going on to popular widespread appeal (with parallels begin drawn to  Leo McCarey’s 1937 film Make Way for Tomorrow). 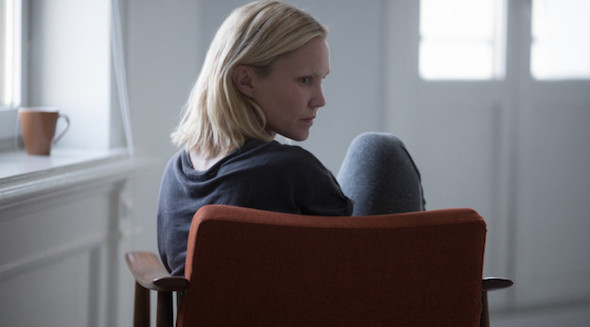 Also worthy of attention I thought were Things People Do (C+) from Terence Mallick’s former editor Saul Klien and Guard director John Michael McDonagh’s follow up Calvary (ungraded) staring Brendan Gleeson (I must confess I was extremely tired during this screening and may not have given it the attention it was due, I need to rewatch to grade it properly).

In the Forum section I finally got to watch Bong Joon-ho’s Snowpiercer (B), still no date for a UK theatrical release, but an announcement from Harvey Weinstein that it will now be released unedited.

A couple of great, but not maybe not terrific documentaries, Finding Vivian Maier (B-) about a nanny posthumously discovered as a street photography and spoken of slightly over enthusiastically by some in the film as a peer to the likes of Cartier Bresson or Diane Arbus and The Dog (C+) about John Wojtowicz, the inspiration for Al Pachino’s character in Dog Day Afternoon.

Less successful for me, but still interesting was Josephine Decker’s arty indie drama Thou Wast Mild and Lovely (C-). Unfortunately the same cannot be said for Estonian film Free Range (E) which left me extremely disappointed.

The EFM continued with thier Sundance at EFM programme, showcasing key Sundance titles fresh from their premieres at Park City. From that section I caught films as diverse as such as indie drama Obvious Child (B) which I really enjoyed (and no, thankfully it’s not Juno 2), the extreemly uneven Gods Pocket (C-) featuring the late Phillip Seamoure Hoffman (given his recent death, the screening has rather odd feel to it it has to be said), Lenny Abraham’s Frank Sidebottom inspired Frank (C) staring Michael Fassbender, the Mark Ruffalo lead Infinitely Polar Bear  (C+) about a bi-polar man trying to win back custody of his childen, Lynn Sheltions’s less successful Laggies (D) staring Kiera Knightly and a fascinating documentary The Green Prince (C+) about the oldest son of a founding member of Hamas who becomes an Israeli spy.

And anyway, even if the main lineup was a little lacking this year, at least the weather made up for it. Far from the usual trudging from cinema to cinema in snow and ice, fighting off Eastern European winds, this year the sun was out and shining.